The health and safety of our staff, customers and community is our top priority. Read an important message from Bev Smith Toyota.

You don't have any saved vehicles!

Look for this link on your favorites:

Once you've saved some vehicles, you can view them here at any time.

The original Bev Smith dealership was founded in 1946, immediately after World War II. During the war, Bev Smith worked in Detroit at the Ford Motor Company Factory which had been converted from auto production to building B24 bombers. Mr. Smith forged a friendship with Henry Ford I, who became so impressed with Smith that he promised to make him a Ford dealer.

That first Bev Smith store opened in Brighton, MI and was staffed by 7 people. In 1953, Bev’s wife Marie, became very ill and the death necessitated a move to Florida. Mr. Smith bought the Ford dealership in West Palm Beach and rapidly became the number one Ford store in the U.S. In the late 60s, his son Nick took over operation of the business and in 1977 built a new and larger Bev Smith Ford dealership.

With the U.S. automotive industry taking on a more international and diverse complexion, Nick Smith saw the success of Toyota as a force that couldn’t be ignored. In 1992, he purchased the Toyota dealership in Ft. Pierce. He had a vision for the future of that dealership, beginning with plans for a new facility, and in 1995, Nick broke ground on the new Bev Smith Toyota.

In 1997, Nick met a highly successful and well respected general manager from a Toyota dealership in Orlando named Frank Gonzalez. Frank was hired as the new general manager of Bev Smith Toyota and it didn’t take long for him to become the face of the dealership.

In 2001, Frank Gonzalez became an official partner in Mr. Smith’s company and together they opened Bev Smith KIA in Fort Pierce. Later, on December 1st, 2012, Frank and Nick expanded their business even further with the opening of Bev Smith KIA of Stuart.

To save your valuable time, we provide fast, easy online vehicle selection, financing parts ordering and service scheduling. To save you money, we feature online specials and coupons. These specials are updated monthly, so we encourage you to bookmark our site and check back frequently for our most current discounts and incentives.

We hope you enjoy your visit and look forward to serving you. Be sure to contact us if you have any questions about our products and services. We also welcome your input on how we can further improve the customer experience at our dealerships.

You don't have any saved vehicles!

Look for this link on your favorites:

Once you've saved some vehicles, you can view them here at any time. 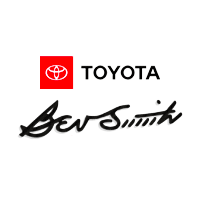